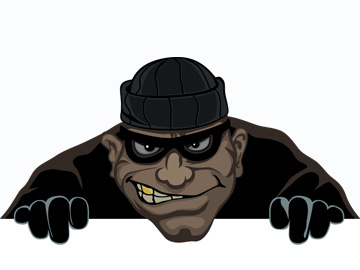 Manhattan—Thousands of worldwide criminals converged on central Manhattan this week for the annual ThugCon conference. Attendees representing every continent and country came to discuss trends in the criminal world as well as share illegal insights and techniques.

Speakers and attendees hailed from all the top crime groups, including various Mafia families, the FSB (formerly the KGB), the drug cartels, the Democrats, the Republicans, and the NCAA.

"All the major criminal players attend," said Rock Falcone, CEO of GOON Inc. (GOON), the event's founder. "This is our twenty-fifth year, and we just keep getting bigger. If you think you're a major lawbreaker and you're not here, you're a pretender not a player. Anyone who is someone in the crime scene is at ThugCon."

Some of the 2017 presentation topics included, "Gerrymandering in the 21st Century" and "Pre-Planning for Smuggling through Trump's Wall." The keynote address, whose message echoed through the conference, was "The NCAA: A Model for Exploitation of the Young in the Free World."

In her presentation, NCAA representative Fran Fritzbottom explained the intricate steps taken by the NCAA to exploit young athletes. Then she highlighted an accomplishment that she claimed is both unprecedented and extremely difficult—getting buy-in from the government and the public on a widespread exploitation.

"To accomplish our task," said Ms. Fritzbottom, "the NCAA has had to consistently turn the public's attention away from the enormous salaries of athletic directors, coaches and NCAA directors while pointing it instead toward the sometimes "free" education the athletes receive. In my opinion, it is one of the great frauds of our time, and worthy of both study and emulation by any aspiring criminal."

Her message resonated with conference participants.

"Seeing what the NCAA has done, decade after decade, makes me feel a little amateurish," admitted Marco Ripuoff, CFO (Chief Fraud Officer) of the New Jersey-based Diablo gang. He expressed his amazement at the "acceptance of the general populace" and "the support of the government and court system," adding, "We want to be like them, when we grow up!"

The two major political parties, sensing the attention the NCAA was receiving at ThugCon, tried taking credit for their success over the years. The Democrats claimed, "We taught the NCAA everything it knows," while the Republicans released a statement saying, "The NCAA wouldn't be anything without us." Fact checking groups have debunked the two statements.

The NCAA now offers consultants to train organizations in the exploitation of the young.

Another prominent topic came from the English criminal Sharon Snowu, entitled "Gun Control is your Friend." In her presentation, she attacked the prevalent thought that criminals are against gun control.

"You are criminals, people!" said an impassioned Mrs. Snowu. "By definition, we as criminals don't follow the law. So, gun control never will take guns out of the hands of criminals or bad people, only good people. These laws are your friends. Embrace them. Support them. Get them passed!"

Both political parties had their regular speakers with the typical topics. The most noted Republican address was "Preaching Fiscal Responsibility while Emptying Voters' Pockets." Democrats held the ever popular "Special Interest Group Favoritism" workshop and wowed the conference with their "Halting Government Transparency in a Digital World" presentation. Both political parties were Platinum sponsors of this year's event.

For current or aspiring criminals interested in attending next year's event, ThugCon released the following requirements: There is no entrance fee for ThugCon. All doors will be locked. Breaking and entering is the only way to attend ThugCon.

Dan Greenig is the organized crime writer for the Asohsheeated Press. Contact him at Dallas Regional Medical Center, as he was beat up getting this story.

My mom taught me a saying when I was quite young. "Many a truth is spoken in jest." That's the nature of satire - laughing at the truth. I just wish it didn't hurt so much. But, then again, I guess that's how you know you're getting the message across. Well written, Dan.

To truly "get" this article one needs to be somewhat abreast current events. It seems I need to read up a bit more on the NCAA's "exploitation of youth" to catch the humor in that but I "get" all the other references and love the presentation. Sometimes the best way to preach a sermon is through humor. This is a great vehicle for venting. Love it.