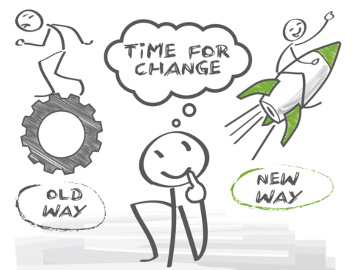 Many years after Lehi's family had wandered in the wilderness for eight years, we see an interesting difference between the Lamanites and Nephites, in the first few books of the Book of Mormon.

The following conditions existed from about 600 to 560 B.C., during the time Lehi's family wandered in the wilderness, and immediately after they arrived in the promised land.

Again, the conditions listed above existed from about 600 to 560 B.C.

Now we jump down the road 120 years or more. What kind of progress should be made in 120 years? With the Nephites, we definitely see progress and signs of a civilized society:

The Lamanites are different. We see a largely static society, with many of the conditions they lived with in the wilderness before crossing the ocean:

There are definitely other examples of these conditions that occur later in the Book of Mormon, but this list will suffice. A point to note is Laman, Lemuel, Nephi, and all of Lehi's family went through the same wilderness experience. Laman and Lemuel helped Nephi build the ship, which was of "fine workmanship." So, Nephi wasn't the only one with building (woodworking) experience. And yet, although their ancestors went through the same experiences, Lehi's posterity enjoyed greatly different societies. Why?

This is a generality. Surely there were some Lamanites who were more civilized and some Nephites who were less so. But the potential to be blocked in our progression is something to examine in our lives. To the degree we accept and find truth, we grow. Otherwise, our progress is halted. We see this in individual lives and through generations. Would Laman and Lemuel have acted differently if they could have seen their posterity hundreds of years later?

In my life, I find in some areas I'm like the Nephites and I've made great strides. In others, I'm like the Lamanites and seem to be in the same place I was years or even decades ago.

"Sometimes some parents mistakenly feel that they can relax a little as to conduct and conformity or take perhaps a so-called liberal view of basic and fundamental things—thinking that a little laxness or indulgence won't matter—or they may fail to teach or to attend Church, or may voice critical views. Some parents... seem to feel that they can ease up a little on the fundamentals without affecting their family or their family's future. But, if a parent goes a little off course, the children are likely to exceed the parent's example."

Our greatest gift to our children is our faithfulness in the gospel of Jesus Christ. And hopefully they will match and exceed what we've shown them.

Loved it! Some great comparisons. Learning new ways of communicating or doing anything new and different can be challenging, but also can be very rewarding. Thanks for the insight!