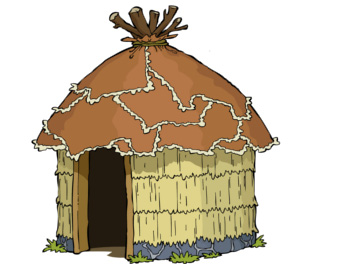 "Grandpa, tell me about the flying machines. But, don't make it too scary or I won't be able to sleep."

Denzel's grandfather stood and shuffled to a nearby stack of firewood they had piled at their site earlier that day. His two arm stumps settled around a log and he dragged it to the fire, nestling it on the hot coals.

Sitting down near Denzel, he nodded at the firewood pile.

"Your turn. Put some wood on the fire and then I'll tell you of the evils that confronted our forefathers."

Denzel jumped up and darted through the chilly air to the wood pile. Placing an arm stump on each side of a log, he dragged it toward the fire. He dropped it a few times, but eventually managed to place it on top of the growing flames.

"Is it true, Grandpa? Were there big stones that really flew through the air like birds and carried people? It can't be true."

"It is true. I will tell you the story, but only to educate you about the terrible wickedness our forefathers permitted. These inventions killed many, many people. We have eradicated them from our society, but we must be ever vigilant."

"I know you want to hear about the flying machines, but we need to start at the beginning. First, we will talk about guns."

His grandfather chuckled. "Your mother thinks that is a profane word, but even though guns were sinful, "gun" hasn't always been a bad word."

"A gun was like a long stick made of wood and metal. Metal is something that is hard like rock, and shiny. Fire came from the gun and it would throw a little rock so hard it could kill people. And because guns were inherently bad, they forced people to kill other people."

"How did guns become so evil? Were they always that way?"

"Yes, my grandson, they always were wicked things. That is why, eventually, laws were passed and all guns were controlled and banished. This was so successful that other harmful things were banished. The next were the flying machines."

Denzel fidgeted, grinning. How could anyone fly through the air?

"The flying machines were called planes. They were like huge trees with wings and they were hollow inside so people could sit in them. Planes would fly through the air and carry people to a different place. But like guns, planes were foul things. Sometimes they would crash into tall buildings and kill thousands of people."

"What is a building, Grandpa?"

"A building is a hut. Sometimes a building-hut would be as tall as 20 of the tallest trees and would hold thousands of people and planes would crash into them and destroy the buildings and kill all the people."

A frown replaced his grin. Denzel shook his head slowly. "Planes were so evil!"

"They were, my grandson. So, laws were passed to banish all planes. And then there were cars."

Denzel crouched closer to the fire, hugging himself with his arm stumps. "Grandpa, I told you to not make it too scary!"

"Grandson, I know you are young, but be strong. You must know our history, as frightening as it is."

Denzel nodded while trying to erase a scowl from his forehead. "Okay. Tell me about cars."

"A car was a very large rock that could walk or run by itself. It was hollow like a plane, so people could sit in it, and it would take people places. But like the plane, it was sinful. Sometimes big groups of people would be standing together and the cars would drive directly into them, killing individuals in the group because the car disagreed with how they believed. So laws were passed and all cars were banished."

Denzel traced a gratitude symbol twice in the air with one stump and then once again with his other stump for emphasis. He hoped Grandpa would stop now.

His grandfather yawned. "I will tell you about a few other things. Then it is time for sleep."

Denzel nodded and tried to put on a face Grandpa would think was brave.

"Knives were terrible things. A knife was shaped like a stick, but it was hard like a rock, a sharp rock. And just like a sharp rock, it could cut things. Knives were bad, and sometimes they made people use them to stab and kill other people. So laws were made to banish knives."

Denzel's grandfather took a deep breath and exhaled slowly. "Now Grandson, steady yourself for the last one. It can be frightening. Our forefathers allowed infants to be born with evil. Have you heard of hands?"

Denzel was embarrassed, but nodded that he had. Some of his friends had whispered about hands, but, of course, he would never participate in those kinds of conversations.

"Hands were rotten things that sometimes made most of the other atrocities possible. A hand was like a flat rock with five little twigs sticking out, attached to someone's arm. Hands could pick things up for a person. But, oh what wickedness they could do! Sometimes hands would reach around a person's neck and choke them until they died. A law was passed and now all hands are removed at birth."

Denzel stared silently at the fire and then whispered. "Grandpa! You mean I had hands at one time?"

Denzel averted his eyes, hoping Grandpa would quit looking at him. His face felt as hot as the fire.

Grandfather patted Denzel's back with his stump. "I won't tell you of other things such as axes, saws, machinery, ships, pressure cookers, glass, plastic, boxing, MMA, football, computers, cell phones, video games, meat, gluten, sugar, the internet, privacy, freedom of speech, freedom of religion, and so many other evils."

"Grandpa, how did they live in such a vile society? How did anyone survive?"

"It is a valid question, my grandson. I don't know. I do know we have learned a great lesson. People weren't evil. Instead, it was guns that were evil and made people do terrible things. It was the planes that were evil and forced people to commit atrocities. By controlling and removing these abominations, we have arrived at a high state of civilization."

Denzel nodded. "We have, Grandfather, we have. I'm so lucky to live in a time when such rottenness is gone. I would be scared to live in a society with guns and planes and cars and knives and hands. People who lived then must have been miserable. How blessed we are!"

"You are wise for your age, Grandson. Let us go to sleep."

Denzel followed his grandfather into their grass hut and he laid down in his spot on the dirt.

"Do you care if I sleep by the fire tonight? It is getting colder and I wish my loincloth were bigger and covered some of the rest of my body."

"You will get used to it, my grandson. But yes, you may sleep by the fire tonight.

Before Denzel left the hut, he heard footsteps outside. A breathless village messenger poked his head into their shelter.

"An emergency village council has been called! A sinful, wicked foot has kicked a man in the head during an argument. The man is dying. A council now is called to consider removing feet at birth to rid this terrible corruption from our people."

Denzel's grandfather sighed and nodded. "It is the only way. We cannot let another person die from a foot."